“In my twenties, I was very navy blue. I had high ambitions for myself and my career. For this part of my career, as a writer and filmmaker, I would describe myself as more aqua or ivory than navy blue.” — Casey Tennyson 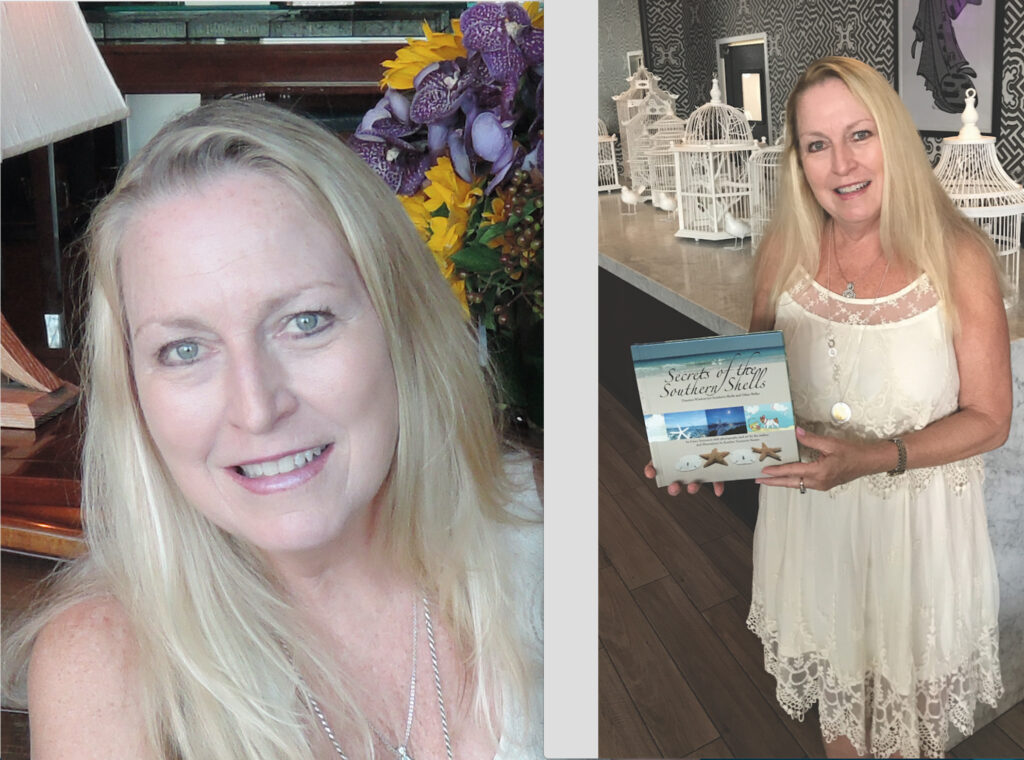 Casey Tennyson (Casey Tennyson Swann as she was known in her early career) has promoted everything from automobiles to public utilities to medical services with award-winning advertising in all media including print, e-commerce, and broadcast (television and radio.)

She is an author of “Lessons From A Falling Leaf” in 2008, short story “Secrets of the Southern Shells” in 2010, novella “Bait For Fish Bigger Than I Am” in 2012, and novel “Marlins Cry A Phishing Story” in late 2012. In 2015, she released the Second Edition of “Secrets of the Southern Shells” with new photos and illustrations. Novel “Catalyst in Palm Beach” released September 2019. She currently is authoring another novel and completing a screenplay. She also ghostwrites life story memoirs for clients, and helps self-publishing authors.

In 2005, she combined her love and support of the arts and her promotional acumen to create Chart charity art collection supported by a quarterly print and online magazine, online promotions, weekly events and extensive community relations. The charity and arts promotion Chart quickly found favor among the active, affluent adults targeted in Winter Park, the cultural hub of the Orlando market, and surrounding art communities such as New Smyrna Beach, Mount Dora and Windermere.  Chart made multiple donations to over 150 charities chosen by the art buyers of thousands of pieces of art. Chart evolved into an annual magazine without the moveable art gallery. Chart expanded to Palm Beach in 2018 with plans for Naples, Sarasota and other coastal affluent Florida markets.

Starting her career in the 1980s, Casey was the in-house marketing director for First Team Management (FTM) in Orlando. She managed a net $4 million in annual advertising for Don Mealey’s automobile dealer group in markets from Florida to New York, with a staff of up to six. That was a very large budget at the time. Under Casey’s leadership, FTM was among the very first advertising agencies to use software technology for media buying and print production. FTM placed the very first $500,000 annual contract with a local TV station and negotiated one of the Orlando Sentinel‘s top five ad contracts annually. Casey managed every public impression for the dealerships. In addition, she obtained and managed automotive and other ad agency accounts outside the group billing annually over $1 million.

She also created and managed Bijou Marketing, the in-house advertising agency for the Winter Park based Dingman Group, which consisted of The Volvo Store, The Imported Car Store (BMW, VW, Volvo), Southeastern Honda, Winter Park Marine (Wellcraft) and Valvoline distributorship Dingman Petroleum. For the group, she generated unused co-op advertising dollars, which exceeded her salary, and added a strong broadcast addition to the print media plan staying in the same budget.

In 1991, Casey launched the boutique advertising agency Cutting Edge Communications to provide creative, production, media, and branding services to a diverse clientele with a focus on broadcast advertising. Scope of project has varied from complete marketing management to project work. Casey works directly with accounts and also partners with the media and other advertising agencies.

Casey graduated early with a B.A. in Journalism / Advertising / Public Relations from the University of Central Florida in Dec. 1983. While in college, she was a founding member and vice president of the student organization Quotes for Florida Public Relations Association, one of two students chosen for the Professional Advertising Advisory Committee to create a strategic plan for the UCF Communications Department, and one of the top advertising salespeople for The Future, the university newspaper. She was one of the first three females on the UCF National Scholastic Surfing Association (NSSA) surf team when it launched in the fall of 1980.

In 1987, the newly formed Orlando Area Advertising Federation’s AD2 Greater Orlando club for young advertising professionals won Club of the Year and membership tripled under her leadership as president.

She has held many other board positions and offices to serve her industry and community including the Orlando Board for The Buoniconti Fund to Cure Paralysis, Central Florida Ballet, For Arts Group, University of Central Florida’s Town and Gown Council, and Enzian Theatre’s Alpenrose Circle to support independent film and the Florida Film Festival. In February 2022, she became the volunteer director of the Palm Beach Writers Group under the new name Palm Beach Writers Society.

For her community contributions, she was nominated in 2011, 2012 and 2013 for Women of Distinction Award for the Girl Scouts of Citrus. Her work has earned several Addy Awards for broadcast production, Rewards of Print by the Orlando Sentinel, and other industry accolades.